Sharia and Our Constitution

The Muslim Brotherhood, Jihad, and Shariah
Is it a Threat to America’s Existence?

We will present two courses that involve every citizen:

Presented by Jim Murphy and Steve Martel - Act! For America.

The Muslim Brotherhood, Jihad
and Shariah

Our Speakers:
Steve Martel is also a team leader for ACT! for America, a nationwide, grass-roots organization dedicated to educating the public and elected officials about the threat of Political Islam.


Jim Murphy is the Political Education and Action Team Leader for the Mission Viejo Chapter of ACT! for America.   He is a former General Counsel for an international financial services company, and still is actively involved on Capitol Hill.

Our United States:  We Are A REPUBLIC!

Our first speaker will be Steven Maikoski as he continues his
presentations on our nation's history and the elements making
up our constitutional government. 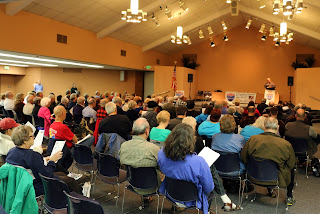 Over 150 people attended this meeting. 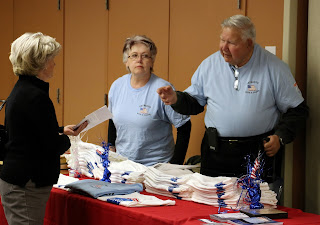 As every member of our group is a volunteer, we wish to thank all those who contribute their time and abilities in making our program run. 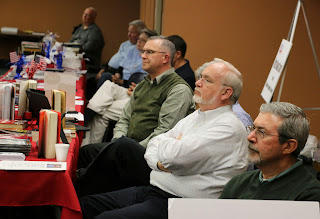 During the lecture on the incongruities of Islam's shariah government and our constitutional freedoms, the vendors' tables were quiet and focused.