This is a special event for our Youth. We must educate and bring our young people into the battle, if we don’t we have lost. Thank you from bringing the young people in your family. It was an exciting and entertaining evening.

Read about our meeting as reported by Drew Anderson of the LosAlamitos-SealBeachPatch which is a local community based on-line newspaper. Visit them on Facebook

Caleb Yee, is a High School Student who was the first in the nation to start a Tea Party Patriots group at his High School. Caleb’s parents came to the U.S. From Korea, but Caleb was born and raised here in California. He is presently a junior at his high school. Caleb is the president of Guitar Club at the school and is also a member of the Cross Country team. His is one of the directors at a Skid Row Volunteer program named LOVE LA. Caleb is also one of the hosts for an online radio show held every other Saturday, and the Young American National Director for GOOOH.

We have to admit that we needed a little volume adjustment at first but we were treated to several songs by "Up From Ashes"... a youth band that kept the energy level high.

(Click on image to see it in full size) 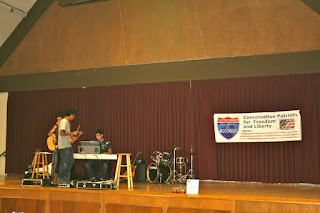 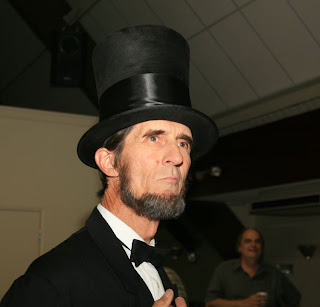 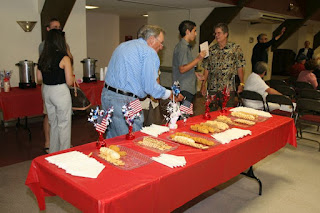 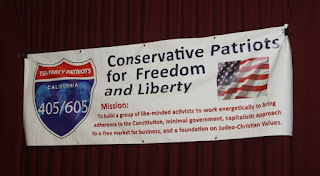 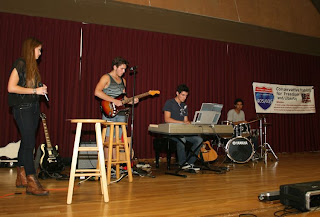 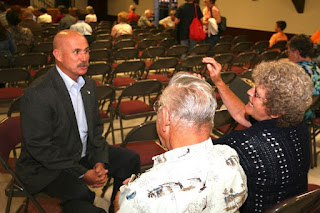 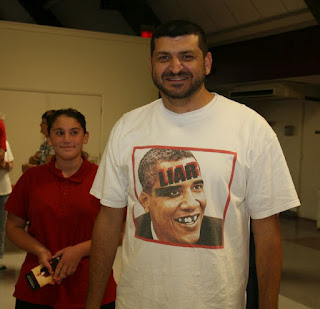 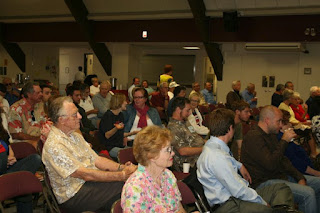 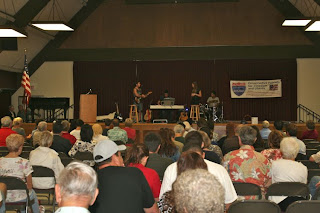 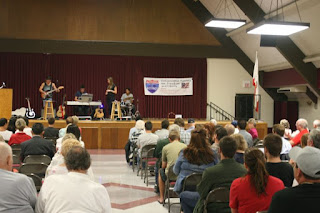 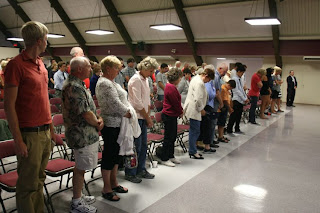 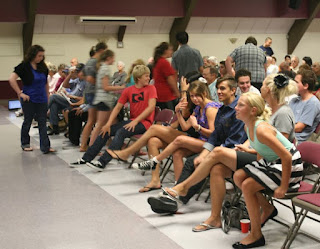 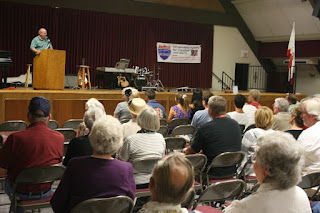 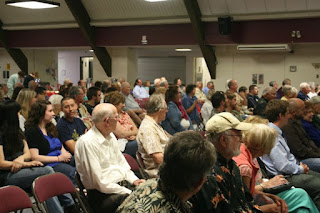 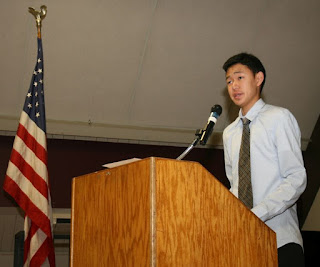 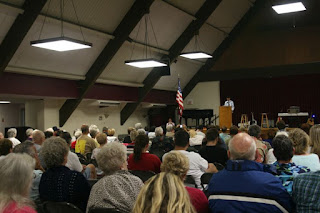 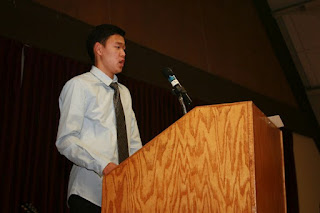 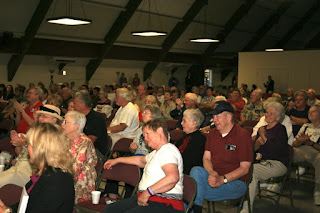 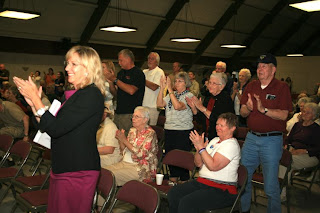 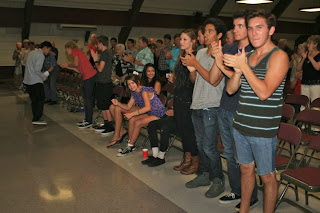 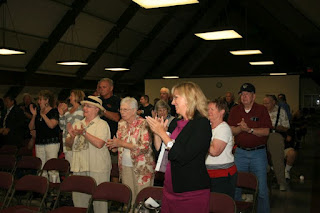 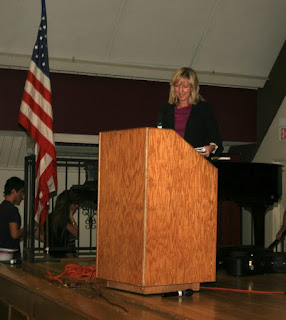 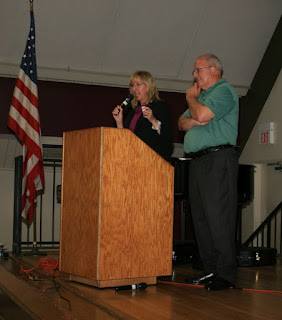 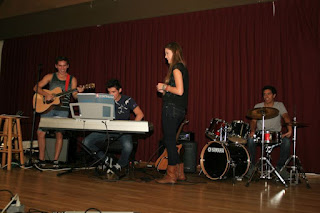 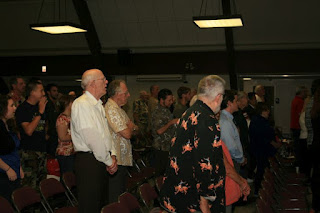 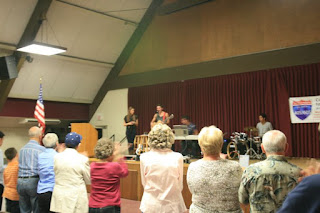