Another great line-up this Wednesday with K. Bruce Brown who will be discussing his campaign to defeat Maxine Waters this November.

He is of great appeal and benefit to audiences of all races and demographics, gladly breaking the stereotypical picture and showing what a real conservative American truly is.“

This Conservative Movement is about leadership at the highest level – larger than any individual candidate and about ideals that are the fabric of every human being in living a purposeful life.

This Conservative Movement is about Citizens who yearn to be more and who seek more in their leaders to create a society of honor and forethought. It is a lifeline to the 21st Century for greater thought and humanitarian action.

The role of government is to keep things honest, not to provide for us or control us – there is infinitely more brainpower, initiative and desire in the private sector and this Conservative Movement will show how to harness this power for society as a whole.

Tonight's message was simple, go talk to people! Go into the black community and use facts and avoid the emotions. When the people hear you they will begin to think out of their box. You may just reach 5% of the audience but that is 5% more than we had before. His opponent (Maxine Waters) is the most liberal socialist in the Congress and she must be defeated if we are to every really help people reach their own levels!

***
Jesse Lee Peterson (born May 22, 1949) is president and founder of The Brotherhood Organization of A New Destiny (BOND), an American group dedicated to a conservative agenda among African Americans.

Rev. Jesse Lee Peterson is the most courageous, outspoken critic of the liberal left and the so-called “black leadership” in America today. Often referred to as the “antidote to Jesse Jackson”, he is the bold, insightful alternative to the current administration’s far left and socialist leaning agendas, bringing clarity and direction to people of all races, social classes and religions. He is uniting the races with truth, instead of dividing them with lies. Jesse Lee is also the Founder and President for the past 20 years of BOND Action, the Brotherhood Organization of A New Destiny, a non-profit, 501 (c) 3 organization, whose purpose is “Rebuilding the Family By Rebuilding the Man”. 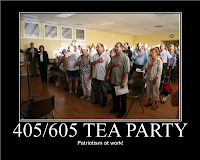